Team called by NWAS. An elderly person had slipped and received a head injury whilst walking near the hospice monument on Hampsfell.

We requested the assistance of neighbouring team Duddon and Furness MRT to help with the callout and subsequent stretcher carry. The casualty was treated on scene and stretchered down to an awaiting land ambulance. Many thanks to DFMRT for your assistance.

P.S. The casualty recognised a few of the team’s friendly faces as 3 years previously they had been treated by us on Scout Scar. This time they did not get the helicopter ride. 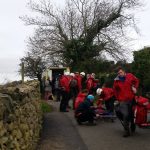 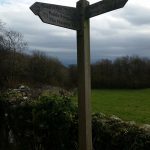 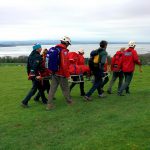