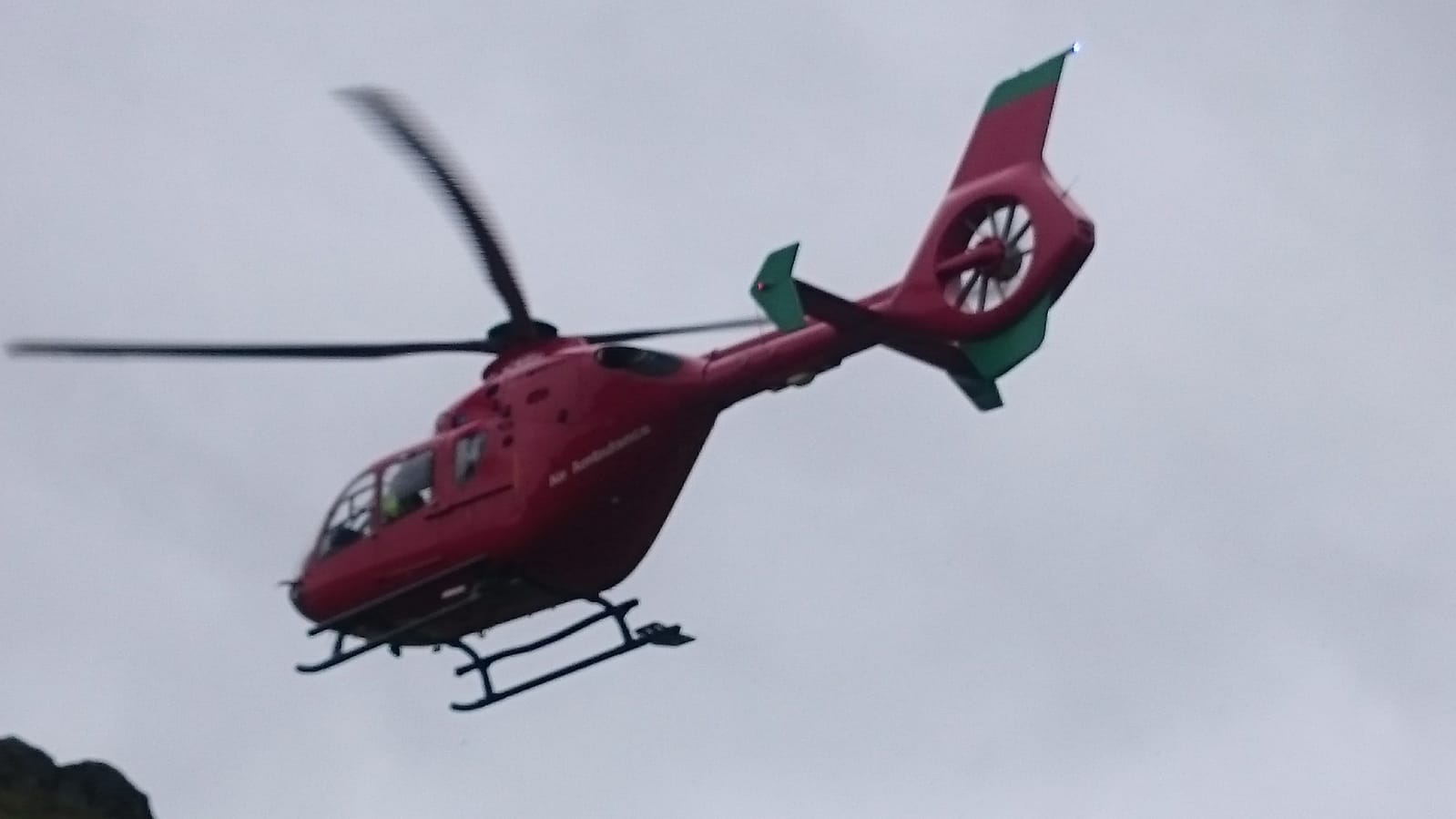 Team called by Cumbria Police. A mountain biker had taken a tumble close to the Nook on the Garburn Pass. Helimed 08 was also tasked to the scene. The casualty was treated on scene for a penetration injury to his thigh. Once the casualty was stable he was flown to hospital.